Jesus speaks to an East African people group in their heart language. 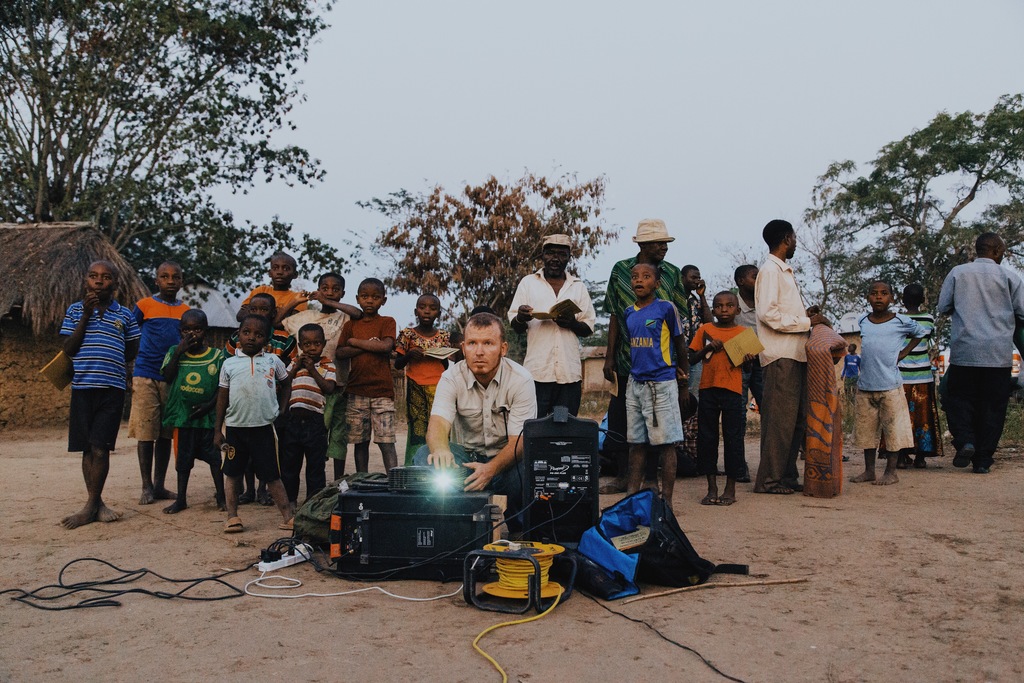 A crowd begins to gather in an East African village, eager for sunset so they can watch the Jesus Film in their own language.

Now I knew why I hadn’t recognized the voice. I had only met Pastor Chungu a few weeks ago and at the time he had said almost nothing. My teammates and I were organizing a showing of the Jesus Film, newly produced in Kilugha, Pastor Chungu’s mother tongue. In other communities we had seen the film’s impact in introducing Jesus to people who had never heard of Him. We felt discouraged by Pastor Chungu’s silence. 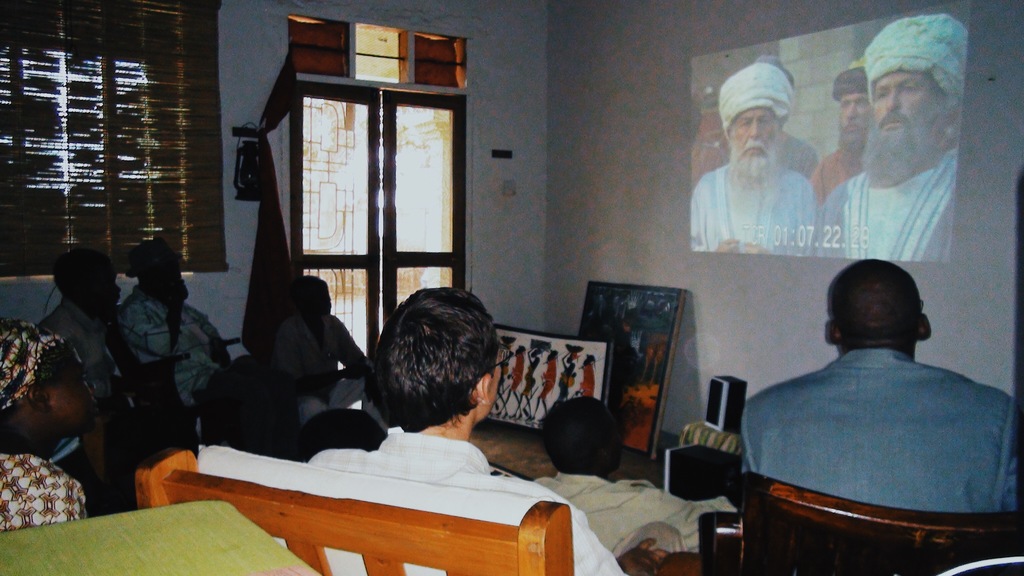 An East African team reviews their recording of the Jesus Film.

Many people had labored to make this Jesus Film a reality. First our team translated the Gospel of Luke into the Kilugha language. Translating in a way that was accurate, clear, and natural was challenging at times because Kilugha didn’t always have words that were obvious choices for key biblical concepts such as forgiveness or salvation. I carefully compared the translation draft with the original Greek. The national translators read and discussed the translated text in the Kilugha-speaking community to find any places where the wording was easily misunderstood. After all corrections were made and reviewed, an experienced translation consultant came to provide insight about changes that were still needed.

Once the translation was finalized, we created the Kilugha script of the Jesus Film, which is based on Luke. This presented further challenges. For example, Kilugha words tend to have more syllables than their English counterparts, yet we had to make each segment of dialogue match the lip movements of the actors on the screen. Any adjustments to the script had to maintain scriptural accuracy. We also sought to incorporate local idioms to make the script sound natural to Kilugha ears. We recruited Kilugha people to do the various voice parts. Then our partners at the Jesus Film Project came and set up a makeshift recording studio with old mattresses. In two weeks they recorded the script in Kilugha, and later they dubbed the audio into the film.

Now the film was ready to show to Kilugha speakers. A local pastor advertised the event and helped us get permission to use a soccer field, where we set up our generator-powered projector, speakers, and a big screen. As evening approached, people began to gather.

They cheered when Jesus made a lame man walk and a blind man see. They gasped when soldiers struck Him in the face.

In our context the Jesus Film typically draws an audience of around 200 people in towns the size of this one. But this time we expected a smaller turnout because the town sits on a major road and many residents speak other languages. Additionally, most Kilugha speakers follow a religion that discourages them from wanting to learn about Jesus.

To our surprise the crowd continued to swell as the sun set. By the time it was dark enough to begin, over 400 people had gathered—more than double the number we had anticipated. As they watched the story of Jesus in their own language they hung onto every word. They cheered when Jesus made a lame man walk and a blind man see. They gasped when soldiers struck Him in the face. 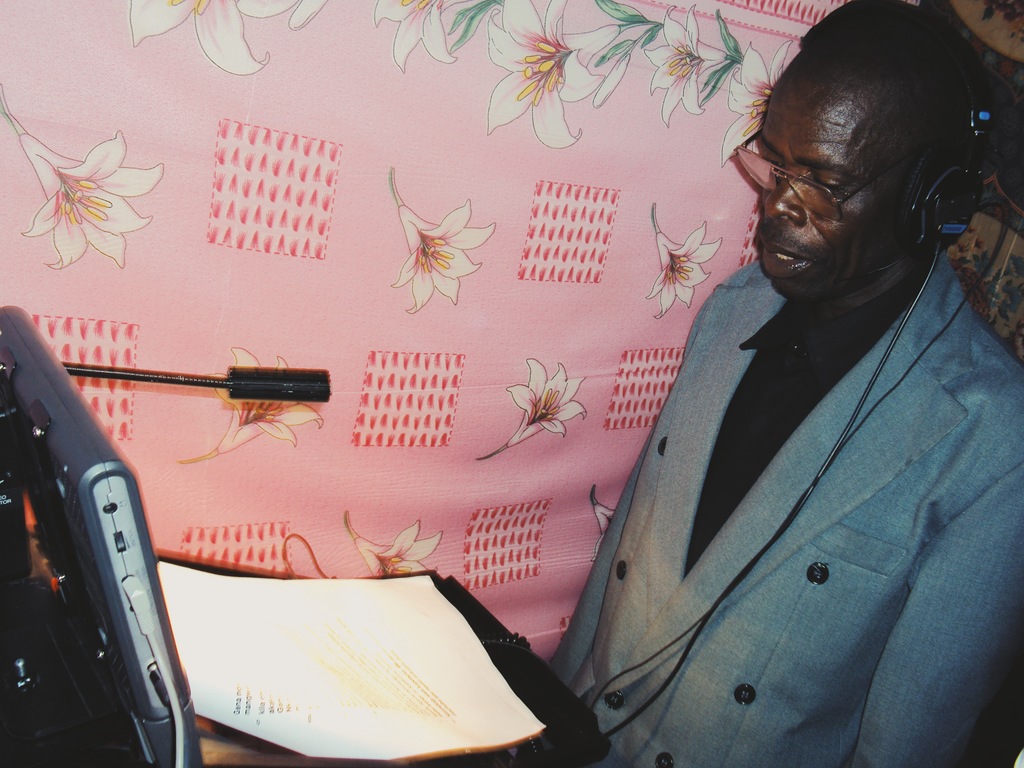 An East African man records his part of the Jesus Film dialogue in a makeshift studio.

Simon, one of the Kilugha Bible translators, paused the film during Jesus’ trial. He explained to the crowd what was about to happen and invited everyone to stay after the film to talk about it. After witnessing in their own language the condemnation, death, burial, and resurrection of Jesus, the vast majority of the crowd chose to stay. Dozens indicated their desire to follow Jesus. Simon directed them to Pastor Chungu to learn more.

Despite the overwhelming response that night, Pastor Chungu still seemed skeptical. Perhaps he doubted the sincerity of those who responded. But by lunchtime the next day he was convinced. So many people had come asking him about Jesus that he couldn’t stop himself from picking up the phone and sharing his excitement with us.

“They want to see it again!”