Rendering Scripture with Refugees in America 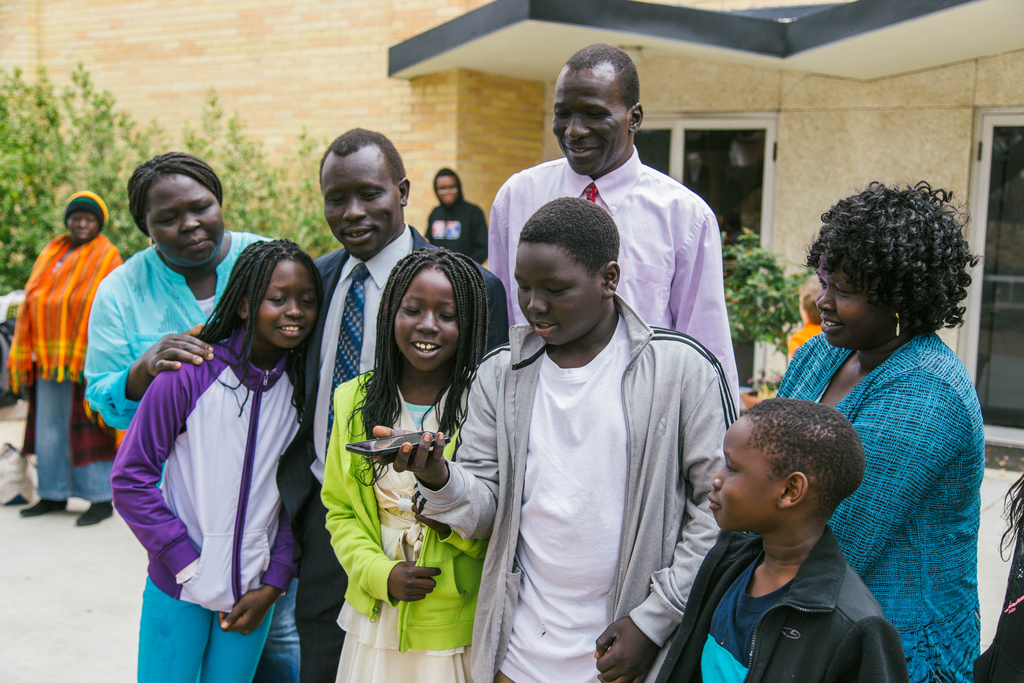 Refugees from a war-torn region of Africa connected with the story of Jonah while testing cutting-edge Bible translation software. Now they reap the benefit of listening to this story and other heart-language Scripture on their cell phones.

“Jonah’s story is my story.” Reuben set down his glass of tea and peered intently into my eyes as he continued. “I was forced to leave my country to go to a place I didn’t want to go. I left behind everything I knew in search of a new life. And I have never been back home.”

We had spent the morning drafting the first chapter of Jonah in Gwo, the language Reuben grew up speaking. The waves of laughter washing gently over us from our children playing in the next room contrasted sharply with Reuben’s harsh narrative.

Civil war has raged in Reuben’s homeland for decades. In 1997 his family became refugees, fleeing from their homes under cover of darkness just hours before rebels attacked their village. They crossed the border into another country and eventually made their way to a refugee camp. Though safe for the moment from the ravages of war, they faced an uncertain future.

Life in the camp, Reuben related, was dreary and difficult. When I prompted him to tell me more, he looked away for what felt like an eternity, seemingly lost in thought. When at last his gaze returned to me, he spoke softly. “It was the hardest thing you can imagine. We slept on cardboard pallets on the ground. Our tents leaked when it rained. We had to awaken before sunrise every day to stand in line for two to three hours to receive water for our families. People died in the camp every day—some from malnutrition, some from disease. We were surrounded by death. We were forced to bury the dead ourselves. We would take the bodies outside the camp and dig graves in the desert heat. Our bodies were so weak from lack of food that when we dug a hole, we tried to fit as many bodies as possible into it so that we wouldn’t have to keep digging more holes.” Reuben looked up at me, tears beginning to well up in his eyes. I held his gaze as my own tears began to flow.

“People died in the camp every day—some from malnutrition, some from disease. We were surrounded by death.”

Long before war ripped their homeland apart, the Good News of Jesus had been proclaimed among the Gwo. Believers had gathered into churches to learn together how to follow Jesus, guided by the portions of His Word available in their heart language. Reuben was among those whose faith now sustained them as they faced each uncertain day in the refugee camp.

After two long years in the camp, Reuben was granted an opportunity to immigrate to the United States. He, his wife, and three other Gwo families ended up in Dallas, Texas, where they began to build new lives. They found jobs, raised their children, and became part of a local church. While deep places in their hearts will always long for Africa, they are thankful to have found a safe place to call home.

I came to be sitting with Reuben, listening to his story, because of the collaboration of Pioneer Bible Translators with the efforts of our partner organization Faith Comes By Hearing. They have developed software that enables quality Bible translation to be done through an entirely oral process. When the software was ready for field testing, they asked if we would do a pilot test.

Reuben and five other Gwo men and women sacrificed much to participate in the test project. They gave up their usual opportunities to rest and be with their families during their limited time off from their jobs. They worked joyfully, never complaining about the long days or the tedious work. On the contrary, they kept saying what an honor and privilege it was to be able to provide more of God’s Word to their people. 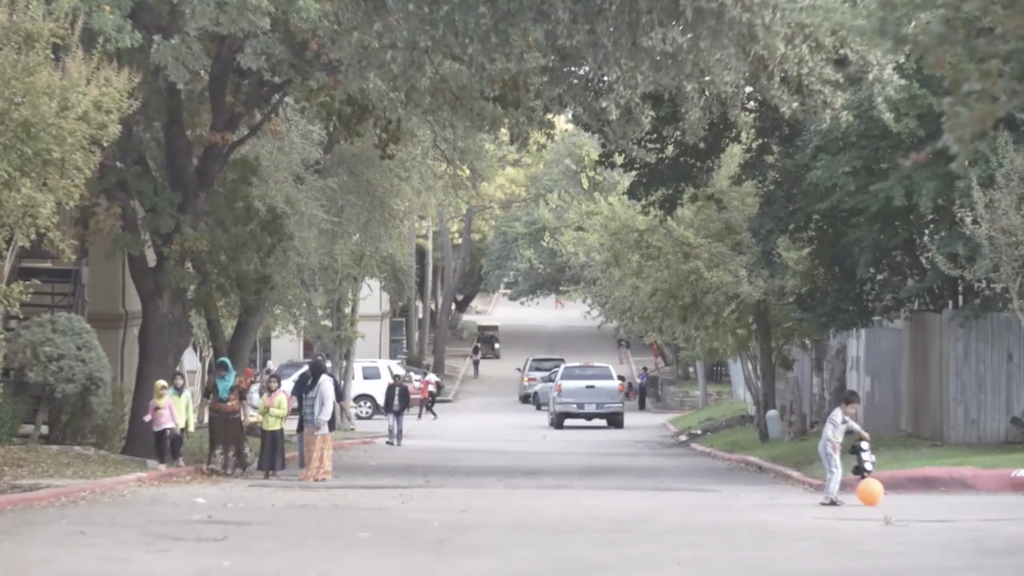 Refugees living far from war zones—like these in a neighborhood in Dallas, Texas— can provide opportunities to meet Bible translation needs among people from areas where missionaries are unable to go.

For two intense weeks the Gwo team labored to translate the Old Testament book of Jonah into their heart language. We would listen to a section and discuss whatever questions they might have before they translated it orally into Gwo, speaking aloud into a computer. They listened to the recording, sometimes multiple times, correcting and tweaking until they were confident that their translation accurately captured the Biblical narrative. Later their work would be checked by translation specialists who would compare it meticulously to the original Hebrew text. For now, their job was to find the best possible way to tell Jonah’s story clearly in a way that sounded sweet to Gwo ears.

Those two weeks were significant in many respects. They gave Faith Comes By Hearing the feedback they sought before releasing their software for others to use. They exposed Gwo speakers to Jonah’s story, a book of Scripture that resonates deeply. And through them God opened my eyes as I listened to the refugees’ stories, watched as my children played with theirs, and saw their eyes light up at hearing God’s Word in their heart language.

WAR AND CIVIL UNREST CONTINUE
to ravage Reuben’s homeland today. Pioneer Bible Translators missionaries who serve in that region have been forced to evacuate many times over the past few years due to local violence. Instability and armed conflict make ministry there extremely difficult. Yet ministry continues because our missionaries are able to work with refugees from the communities we have committed to serve. The presence of refugee populations outside of war zones—whether in nearby countries or on the other side of an ocean—provides a unique opportunity to engage in translation ministry among people from areas where missionaries currently cannot go.